I have been working on the Python SDK for Microsoft Graph for the last month or so and I am having so much fun. The sdk is built on top of the requests library preventing us from re-inventing the wheel. However, we need to extend the requests library with our own use cases. In this article, I show you how we did that using middleware.

Inheriting from a transport adapter class will give us the send method and with that the request object. This means that all middleware should inherit from some transport adapter class, in our case, we will inherit from HTTPAdapter. Just when I was getting excited I learnt of another constraint, you can only attach one adapter — think one middleware — to requests. A soul can’t be happy in this industry.

After some thinking, I realized I could overcome the hurdle with a chain of objects, a linkedlist. Each node in the linked list will be in fact a middleware.

First create a MiddlewarePipeline class. We will attach an instance of this class to requests. The add_middleware method adds, middleware into the pipeline by linking them. This is the entry point of all middleware.

Finally we attach the middleware pipeline to a requests session

If you enjoyed the article, you will love working on the sdk. We’ll appreciate any help we can get, code reviews, documentation and feature pull requests. You can find the repo here. 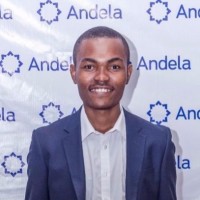 I have been working on the Python SDK for Microsoft Graph for the last month or so...